We tell you How a hoverboard works

Almost a hoverboard is a skate with one wheel

We tell you How a hoverboard works 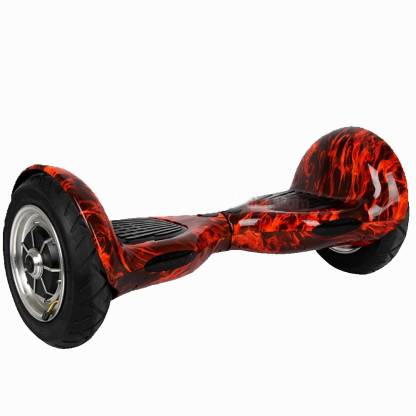 The hoverboard has become one of the most popular products in the world market. This is a category that has not existed in the market for too long. But has managed to gain a large legion of followers around the world. Although there are many customers who are not educated what it is or the usefulness of this product.

Thus, next, we will talk about what hoverboards are and what they are for. Since this is a product that we see on the market very often. It does not seem that its popularity will pass anytime soon. Thus, we have more information about them. 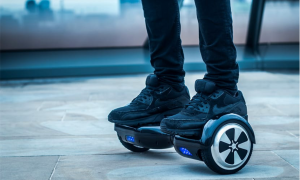 This is the main question that many consumers are asking themselves. Since many do not know what this product consists of. Chances are, we’ve seen photos, videos, or seen them in the store before. But it’s not clear to us how useful they are or how they work.

We can say that the hoverboard is the evolution of skates or skates. This is an electric vehicle that we can see as an evolution of classic skates and segways. In fact, the operation is very like a segway. Although they take elements from the two examples we mentioned. It is a vehicle intended for use in the city. At least for short distances anyway.

The hoverboard consists of a platform on which we can place our feet. On both sides of the platform, we have two different-sized wheels (usually 6 to 8 inches). The person using it must remain upright at all times. Its speed is up to 10 kilometers P/H. although it depends on the engine power of each model.

Chances are, you’ve heard of the hoverboard before. But this is not the only name by which these types of products known. There are other denominations. That you may have heard of sometimes. Such as overcards, self-balancing scooters, or electric skateboards. They are not as common as the term hoverboard, but if you’ve ever come across these words, know what they mean.

As we mentioned, it has become a very popular option for getting around the city. This is a comfortable vehicle, it is manoeuvrable and friendly. Since they are 100% electric, nothing will go bad when you use them. They also have the advantage of being small in size, which makes them easy to transport.

Due to their popularity, many manufacturers have released accessories for these devices. Such as the seat, thanks to which we transform them into a hoverboard kart. So that we sit as if it were an electric car, with the pleasure that it implies.

How the hoverboard works
Omit design, hoverboards usually don’t differ much from one model to the next. The wheel size is different, the position of the lights or the color. But the design remains uniform. It consists of a platform with two legroom and two wheels on the sides of the platform, as you can see in the photo. They usually have two motors on each side of the platform.

Hoverboards powered by batteries, which are usually lithium batteries. A battery that we can charge at home with the charger they usually bring. We also have a range of sensors such as gyroscopes. … They are responsible for determining the weight of the person. Who is using it at a given moment to maintain balance? This is the most important aspect because the person using it will have to stand all the time.

To be able to control the hoverboard as if you wanted to move in a certain direction. The user would have to make a movement that indicates this with their feet. Movements such as pushing forward, sideways to turn, or backward. So to get them moving in the direction we want. This is a key part of such products, although. Especially, in the beginning, they are difficult to manage. It’s a matter of practice. Ready to find out more?

Why should I Buy an Off-Road Hover kart?